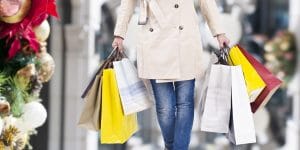 Black Friday has been a holiday all its own for decades. To some shoppers, it has become a sport- while to others it’s a family tradition that signals the end of Thanksgiving and the beginning of gift-giving season. This once-a-year event begins months in advance with stores advertising their biggest deals to create a frenzy among holiday shoppers – and groans among store employees.

The madness of Black Friday really only lasts a matter of hours once stores open their doors, but those first hours are the most dangerous for everyone. Die-hard deal seekers line up well in advance and typically a substantial crowd has formed by the time sales clerks allow shoppers in to ransack their stores. Unfortunately, the bargain of the century on a large-screen television may not be all you walk – or limp – away with from the store. Getting hurt on a store’s premises has become yet another Black Friday tradition.

The most common shopping injuries

Seeing reports of injuries and even deaths related to Black Friday shopping brawls has become common. YouTube is filled with video clips of altercations from years past. Hospitals and urgent cares even add staff and stock up on supplies to handle the increased traffic. While most people are familiar with the multitude of ways people can get hurt on the biggest shopping day of the year, few realize the traumas actually inflicted. Bruises and scrapes are the least of your fears, but fights, stampedes, and falling merchandise can require expensive medical care for:

Who is liable for my injuries?

Stores owe patrons an obligation to make their premises safe in order to avoid injuries. Black Friday is no exception. The fact that retailers intentionally create excitement and competition among shoppers may actually raise the question of whether the duty of care that retailers owe to shoppers should increase. The store is getting the exact chaotic reaction they wanted, which is very different from any normal shopping day of the year.

If you’re injured during Black Friday shopping, whether it’s inside the store or in their parking lot, the retailer may be liable for foreseeable injuries. Injuries may not always come at the hands of other shoppers. Indeed,  according to a recent article from Bloomberg:

If you become injured, you could be entitled to receive compensation for the harm that you sustained, including, but not limited to your medical expenses, lost income, and pain and suffering. A knowledgeable premises liability attorney will guide you through the full array of potential damages for which you may be entitled.

When you are seriously hurt during Black Friday shopping, you may have a cause of action for personal injury against an individual; however, retail stores may also be responsible for your injuries. News outlets, social media, and websites such as Black Friday Death Count are routinely placing businesses on notice as to the hazards they need to prepare for in exchange for increasing their bottom line for the year.

No one should wind up in the emergency room, or worse, dead, just from engaging in a little holiday shopping. Retailers need to be held accountable for the risks they take in jeopardizing the safety of their customers. If you or a loved one has been injured in a retail store, speak with the seasoned attorneys at Warren & Kallianos, PLLC today to learn more about the compensation that you may be entitled to receive. To schedule your free consultation in our Charlotte office, call 704-377-7777 or reach out to us through our contact form.