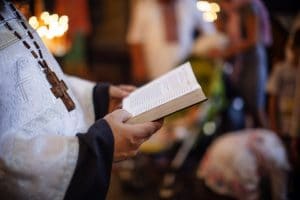 One of the biggest and most consistent issues with the Catholic Church is their lack of transparency regarding the way they handle sexual abuse cases, and the failure to hold clergy responsible for their actions. Historically, the majority of these cases – tens of thousands over decades – were swept under the rug, with abusive priests and clerics simply shuffled around to different parishes. Now, the Vatican is attempting to meet these issues head-on with new guidance.

In July, the Vatican issued a 20-page “vademecum,” or guidebook, containing some of the strongest and most specific language on reporting sexual abuse in the history of the church. Although the Vatican has had guidelines in place regarding abuse of minors and vulnerable adults for decades, many bishops continue to protect their priests instead.

Although the guidelines are not a new law, they reach beyond current Vatican policy, which require clergy to report incidents of sexual abuse only when local law requires. Wrote Cardinal Louis Ladaria, prefect of the Congregation for the Doctrine of the Faith, “No new law is being promulgated, nor are new norms being issued. It is, instead, an ‘instruction manual’ that intends to help whoever has to deal with concrete cases from the beginning to the end.”

Some of the guidelines in the document include:

The handbook also states, “Even in cases where there is no explicit legal obligation to do so, the ecclesiastical authorities should make a report to the competent civil authorities if this is considered necessary to protect the person involved or other minors from the danger of further criminal acts.”

One area is still sacred when it comes to sexual abuse in the church – confession. The guide book states, “It must be pointed out that a report of a delictum gravius received in confession is placed under the strictest bond of the sacramental seal.” “Delictum gravius” is the Latin term for “grave crimes.”

“A confessor who learns of a delictum gravius during the celebration of the sacrament should seek to convince the penitent to make that information known by other means, in order to enable the appropriate authorities to take action,” it states.

Victims and survivors of clergy sexual abuse hail this move from the Vatican as a step forward – but perhaps just a small step. They point out that the language in the guidebook uses “should” instead of “must,” which makes reporting discretionary and not mandatory.

Ann Barrett Doyle of BishopAccountability.org told The National Catholic Reporter, “Pope Francis should order every church official to report allegations to civil authorities.” She added, “The Vatican often observes that such reporting could be unsafe in certain countries. That doesn’t mean a civil reporting requirement should be banned everywhere. The Vatican could specify those unsafe countries, and exempt bishops who work there from the civil reporting obligation.”

The attorneys at Warren & Kallianos, PLLC, understand the delicate nature of church and clergy sexual abuse. We are here to listen to your story and then stand up and fight for you. We hold the right people and institutions responsible. Get in touch with us today to schedule a consultation in our Charlotte offices. Call us at 704-377-7777 or complete a contact form at your convenience.