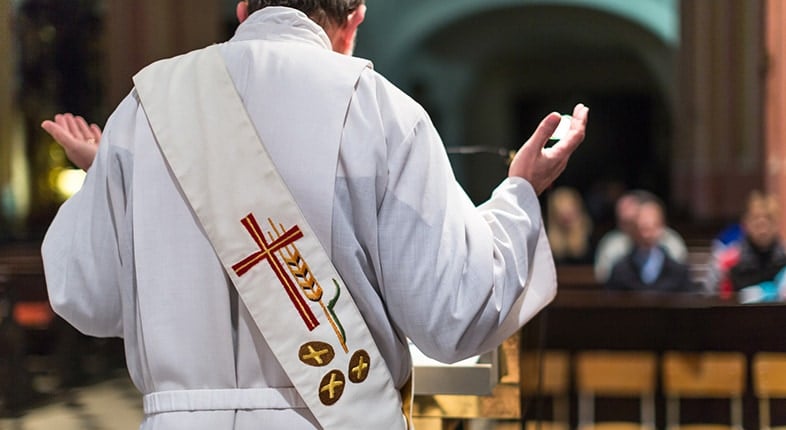 Child sexual abuse is a tragic and terrible crime. It can be even worse when committed by trusted figures like those in schools and churches. Children look to the clergy as authority figures and that’s what makes religious sexual abuse so damaging, on both a physical and psychological level.

Over the past few years, child sexual abuse in the Catholic church has been all over the headlines. However, abuse can happen in any religion and, regardless of affiliation, sex abuse by a clergy member can have devastating consequences on both the victim and the community. And, sadly, many victims can’t rely on their place of worship for help.

At Warren & Kallianos, PLLC, our Charlotte sexual abuse attorneys will listen to your story. We will treat you with compassion and ensure that the guilty are held accountable for their actions. Our personal injury lawyers represent both children and adults abused or assaulted by church and religious leaders. Call us today for help.

Church Sexual Abuse: What You Should Know

Sexual abuse and assault can happen to anyone and be perpetrated by anyone in the church, including priests, bishops, deacons, nuns, ministers, pastors, rabbis, imams, reverends, choir directors, Sunday school and church teachers, youth group leaders, or volunteers. Nobody is immune.

Our lawyers represent people of all faiths and will work with you to bring attention to abuse within all religious organizations.

Sexual abuse is, simply, when a person or child experiences unwanted sexual activity. Typically the perpetrator takes advantage of the victim using force or threats. It’s important to note that sexual abuse doesn’t necessarily need to involve the act itself – it can be something as small as an unwanted touch or kiss.

Sexual abuse survivors may have experienced one or more of the following types of abuse:

The effects of sexual abuse can follow a victim forever. They may range from depression to self-harm, to suicide or substance abuse. When a child has been sexually assaulted, you may see a drastic change in his or her behavior. Some children may become depressed, overly sexualized, or engage in dangerous behavior.

The sad truth is, in many church sexual abuse cases, issues are handled within the church’s administration, and offenders are moved to other towns and churches instead of being turned into the police. This leaves the offender free to abuse more children, and leaves the victims unable to get justice.

The attorneys at Warren & Kallianos can provide the help you need to hold these parties accountable and seek compensation for everything you and your family have gone through. We will thoroughly research your case and identify every liable party that allowed the abuse to occur.

One important term to understand in cases of clergy child and sexual abuse is “mandatory reporters.” Mandatory reporters are people required by the state to report suspicions or instances of child abuse to the authorities. Laws regarding mandatory reporters vary from state to state. In some states, the clergy is permitted to maintain confidentiality, something called “clergy-penitent privilege.”

Here in North Carolina, however, anyone with reason to suspect child abuse – including members of the clergy – are obligated by law to report it. Those within the church who have knowledge of the abuse and fail to prevent or report it can be liable, and are breaking the law.

In North Carolina, there is no criminal statute of limitations on felony sex crimes. However, the state does have statutes of limitations on civil actions, like personal injury claims. For sexual assault, it is within three years of the incident.

The statute of limitations is different for childhood victims of sexual assault. The SAFE Child Act increased the statute of limitations for childhood survivors by 10 years, so you now have until the age of 28 to file a civil claim. It also introduced a lookback window, so that survivors who were time-barred from filing a claim may pursue that claim now. Finally, the new law increases the amount of time that law enforcement has to pursue criminal charges.

We can answer any questions you might have about the statute of limitations.

If you or a member or your family suffered abuse at the hands of a trusted member of the church, you have the right to seek compensation. You may be eligible for damages stemming from your abuse, like medical or therapy bills, or loss of income. You might also be awarded punitive damages, which are used to punish the guilty parties and organizations that allowed the abuse to occur.

You have the right to file a claim against any party responsible for the sexual assault. You may bring a case against the person who committed the act, as well as the organization or others who failed to protect you, or conspired to cover up the abuse.

When you speak up against your abuser, you’re not only standing up for your own rights, but you’re also standing up for the rights of those who came before you and might have come after you. A sexual abuse case against a religious organization can prevent other children and adults from being harmed.

Our Charlotte Sexual Assault Lawyers Will Fight for Your Future

We understand how difficult it can be to come forward with allegations of sexual abuse against a religious organization. However, at Warren & Kallianos, we will stand by your side and fight for you, ensuring the guilty are held accountable for their actions. Our attorneys work tirelessly to ensure you’re compensated for your suffering and injuries. To schedule a free initial consultation at our office in Charlotte, please call 704-377-7777 or fill out our contact form.