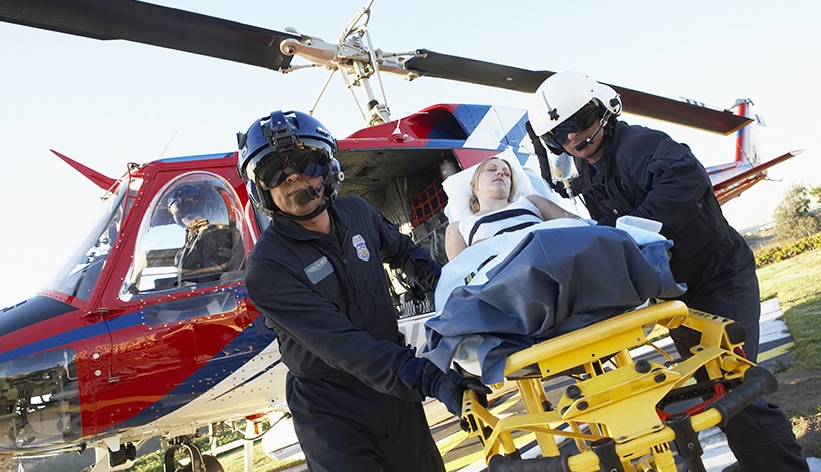 Dedicated to representing the injured throughout North Carolina

A catastrophic injury changes everything. In an instant, your life – your work, schooling, hobbies, and time spent with friends and family – comes to a grinding halt. You may spend weeks or months in the hospital, struggling to survive your injuries. Hospitalization is often followed by long-term rehabilitation.

Even after you are back on your feet, life may feel like an endless round of doctor’s visits, medication, treatment, and therapy rather than the enjoyable and productive life you once enjoyed. And, as they often do, catastrophic injuries can leave you with permanent disabilities and staggering medical costs. At Warren & Kallianos, PLLC, our Charlotte catastrophic injury lawyers fight on behalf of victims and families who are facing life-altering circumstances because of someone else’s negligence.

Which Injuries Are Considered Catastrophic?

An injury is considered “catastrophic” if it results in long-term or permanent physical or psychological impairment. Often, you will hear people use the word “catastrophic” interchangeably with words like “serious,” “severe” or “critical” to describe injuries. While these terms do have specific meanings to doctors and other medical professionals, the important thing to remember when seeking compensation for a catastrophic injury is that its effects will linger – perhaps for the rest of your life.

This does not mean a catastrophic injury will destroy all your hopes or plans. Many people who survive catastrophic injuries go on to rebuild their dreams or to achieve new ones. However, it does mean that you need a settlement or damages award that takes future difficulties into account and addresses them, so you have the best possible shot at building a bright future.

Some of the most common categories of catastrophic injuries include:

Examples of Events that Can Lead to Catastrophic Injuries

There are several different types of accidents that can lead to catastrophic injuries. When those accidents are because of the negligence of another person and could have been prevented, the injured party may take legal action to recover compensation from the responsible party. The following are a few examples of accidents which can result in serious or catastrophic injury:

Calculating the Cost of a Catastrophic Injury

The medical costs of catastrophic injuries can generally be broken into two major categories: the costs associated with the immediate care of the injury, and the costs associated with the disabilities that linger even after doctors have determined that you have healed as well as can be expected. To ensure that your insurance settlement or court award meets all your needs from the injury, thinking about both categories is essential.

A Department of Labor study found that the cost of medical care for a catastrophic injury is typically highest in the first six months following the injury. These figures don’t include the cost of the lost wages, commissions, bonuses, or benefits that the person loses by being unable to work. Nor do they include costs like replacing property that was damaged or destroyed in the accident. And they do not begin to account for the extraordinary pain and suffering that accompanies a catastrophic injury.

Many of the costs of a catastrophic injury don’t come with a price tag. Instead, they include things like missing out on work or school, isolation from friends and family, and feelings of guilt, anger, or hopelessness as you work to recover from your injuries. A full and fair consideration of your needs will take these costs into account in addition to reviewing the costs that have specific dollar amounts attached.

Negotiating with insurance companies can be tough for anyone. Developing a strong case on your behalf requires finding evidence that details what happened, investigating the accident scene, talking to witnesses, reviewing your medical records and your healthcare professionals’ recommendations, and describing in detail how your injury affects you today and is likely to affect you in the future.

Because so much money is at stake in a catastrophic injury claim, insurers and potentially negligent parties may choose to stand and fight, presenting a strong defense rather than offering you the settlement you deserve. If this happens, a qualified attorney will not hesitate to build a case that can be presented effectively to a jury in case an appropriate settlement cannot be reached.

Examples of some of the verdicts and settlements Warren & Kallianos has secured on behalf of clients with catastrophic injuries include the following:

The verdicts and settlements set forth above were obtained by our law firm from 1993 to present. In most cases, liability and/or damages were contested, the adverse parties were represented by counsel and the matters involved complex factual and/or legal issues. All verdicts obtained were collected. Please note the outcome of a specific case cannot be predicted upon a law firm’s past results.

To find out about more of our North Carolina injury law firm’s verdicts and settlements in catastrophic injury cases, check out our Results page.

How Can Our Charlotte Catastrophic Injury Attorneys Help You?

Attorneys Jeff Warren and Chris Kallianos understand how tough it is to fight for the compensation you deserve when you’re already fighting to recuperate after a catastrophic injury. That’s why we’re dedicated to building your case and advocating on your behalf, so you can focus on healing and putting your life back together.

The settlement or jury award you receive after your catastrophic injury should cover both the expenses you’ve already incurred and your future medical needs. That’s why it is essential to have someone on your side who knows the law and can protect your rights. Our Charlotte catastrophic injury lawyers spare no effort to investigate, support, and advocate your claim.

Warren & Kallianos, PLLC has the experience and resources to properly investigate and handle all types of catastrophic injury claims. If you have suffered catastrophic injuries in an accident that was someone else’s fault, call 704-377-7777 or contact us to schedule a free and confidential consultation with our experienced Charlotte attorneys.