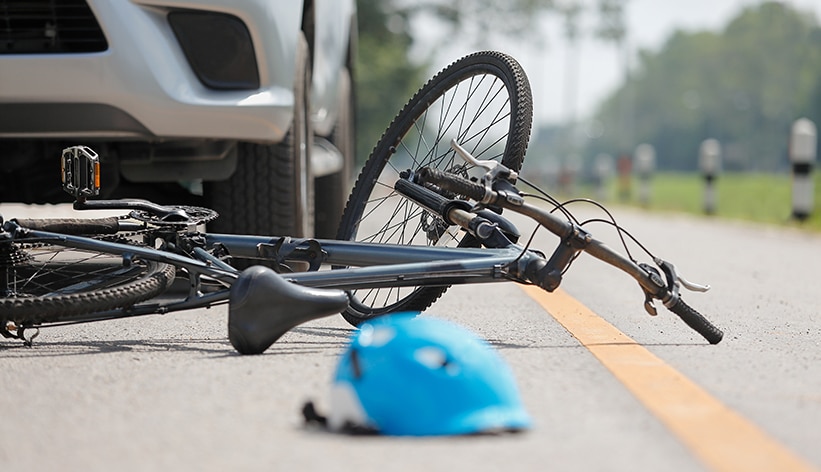 Protecting the rights of North Carolina injury victims since 1992

Crashes between cars and bicyclists are on the rise in North Carolina and throughout the United States. The 840 pedal cyclist deaths that occurred nationally accounted for about 2.2% of all traffic fatalities in 2016. (NHTSA) The North Carolina Department of Transportation (NCDOT) reports that there were 18 fatal bicycle crashes and 723 non-fatal injuries in 2016. The number of fatalities was unchanged from the year before, but there were 108 more injuries.

The U.S. Centers for Disease Control and Prevention (CDC) advises that the use of bicycle helmets are an effective intervention to reduce the risk of head and brain injuries from bicycle crashes. Wearing fluorescent clothing can help make bicyclists visible from further away during the day, and wearing reflective gear can make bicyclists more visible at night. Putting white front lights and red rear lights will also contribute to greater visibility of bicyclists. The NCDOT’s Division of Bicycle and Pedestrian Transportation has partnered with Bike-Walk NC to create a series of education videos on bicycle safety on North Carolina roads.

Chris Kallianos and Jeff Warren are dedicated to helping bicycle accident victims seek compensation for injuries caused by the negligence of others. With more than a half century of combined legal experience, the attorneys at Warren & Kallianos have developed a track record of securing significant awards and settlements for people who have been hurt in traffic accidents, including bicyclists.

When a vehicle and a bicycle collide no good can come of it. Here are some examples of the types of bicycle injuries we have seen after a car vs. bicycle crash:

Bicyclists have the same legal rights to use the road as cars. Unfortunately, a legal right does not always translate into real-life respect. Motorists may fail to see bicyclists because they aren’t paying attention, or they may drive with a clear indifference toward the right of bicyclists to share the roadway. In either case, the bicyclist may be seriously injured.

Here are the most common bike-car crashes, according to the Pedestrian and Bicycle Information Center (PBIC).

All bike accidents are unique, and the type and amount of compensation you may be entitled to receive will depend on the specific factors in your situation. These include, among other things, how severely you were hurt, what losses did you sustain, and how much insurance coverage or other assets are available to pay a settlement or judgment.

Some examples of the kinds of compensation that are frequently available to cyclists hurt in traffic accidents include:

If a bicycle accident caused the death of a close relative, you may be able to bring a wrongful death claim to recover compensation for funeral expenses, medical bills, lost income, pain and suffering, loss of companionship, and other losses.

How Our Charlotte Bike Accident Lawyer Can Help

Our goals are the same as yours – to pursue full and fair compensation for your bicycle accident injuries. Studies confirm that accident victims end up with more money when they get help from a lawyer than when they try to handle the case on their own. Here are some of the steps we are prepared to take on your behalf, all while keeping you informed of your case’s progress each step of the way:

If you are worried about how to pay for a lawyer’s services, don’t be. Warren & Kallianos charges no upfront legal fees to victims of bicycle accidents. We don’t get paid unless and until we successfully recover compensation for you. At that time, the fees are paid out of your recovery based on an agreed-upon percentage.

If you’ve been hurt in a bicycle accident, you may wonder how you will pay the bills while you recover from your injuries. You may want to know the exact circumstances that led to the crash and who will be held responsible for your injuries and losses. If this sounds familiar, contact a Charlotte bicycle accident lawyer at Warren & Kallianos, PLLC, today for free legal advice. We can help.

Attorneys Jeff Warren and Chris Kallianos devote all their work at Warren & Kallianos to helping injured parties and their families. If you’ve been injured in a bicycle crash, don’t wait. Call 704-377-7777 or contact our office today to learn more about your legal rights and options, including your opportunity to build a case for full and fair compensation that addresses both your current and your future needs. Your initial consultation with our office is free and confidential.