Home / Blog / Where Are Charlotte’s Most Dangerous Intersections? 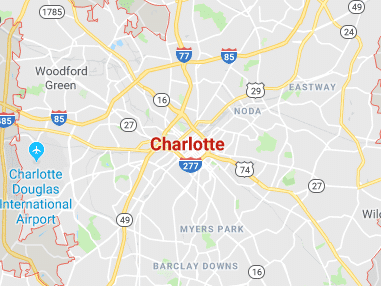 Have you ever gone through a dicey intersection in Charlotte and driven away convinced that it is the worst intersection in the city? Well, you may be right. Even though you can get into a car accident when you go through pretty much any intersection, statistics show that your odds greatly increase at certain locations within the city.

In 2017, The Charlotte Observer actually compiled and published a list of the most dangerous intersections in Charlotte. The newspaper based the list on crash rate data that the Charlotte Department of Transportation provided. The CDOT looked at the total number of crashes at certain intersections over a three-year period and divided it by the number of vehicles that traveled through those locations over the same period of time.

The 10 intersections at the top of the list were:

As you can see, Reagan Drive at Tom Hunter Road took first place in both assessments.

Beyond noting that each of those intersections has a fairly high volume of traffic, The Observer did not identify any other reasons why crashes occur at a higher rate at those locations than in other areas. However, based on our law firm’s experience of representing car accident victims and their families in Charlotte, we can readily point to several design factors. They include:

Adding traffic controls, street lights, turn lanes and speed bumps, or converting an intersection into a roundabout, can address design flaws and make certain areas safer. Those measures may cut down on common types of intersection crashes such as side-impact (or T-bone) collisions, head-on collisions and collisions with crossing bicyclists and pedestrians.

Still, as our attorneys have seen, some people will use poor judgement and make careless and reckless moves at intersections regardless of how well designed it is. In fact, the National Highway Traffic Safety Administration (NHTSA) reports that “human choices” contribute to 94 percent of serious crashes in our country. Examples of those choices are:

At Warren & Kallianos, PLLC, our extensive experience with representing intersection accident victims and their families in Charlotte helps us to identify the factors that cause crashes. That knowledge ultimately helps us to pursue the maximum amount for our clients. If you were recently involved in a collision at a Charlotte intersection, contact us or call 704-377-7777 for a free review of your case and learn more about how we can help you.