Home / Blog / What Are the Reasons for Wrongful Deaths of Teens? 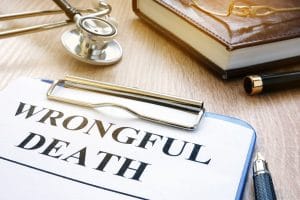 Whenever you hear the term “wrongful death,” you can associate it directly with negligent, willful, or wrongful acts. This includes neglect, omission, or default of another. One example might be a doctor who fails to properly diagnose a patient’s condition, which then directly results in the patient passing away.

Another example might be the distribution of a defective product which then causes the consumer to pass away from lack of proper use or faulty manufacturing. In these cases this would be considered a wrongful death.

Wrongful deaths have been, understandably so, known to take an emotional, physical and psychological toll on the victim’s family. Death is always a terrible situation, but most wrongful deaths are preventable, regardless of the victim’s age. Wrongful death in teens is an unfortunate widespread issue, leaving much tragedy in its wake.

Motor vehicle accidents are the leading cause of teen wrongful death

Statistics show some common reasons for the rise in wrongful death for teens today. Motor vehicle accidents are a huge culprit. Even though we have seen a decrease in drivers on the road over the past year, teenagers are continuing to engage in risky behaviors while driving that not only put their lives in jeopardy, but others as well. In 2021, nearly 43 percent of all fatal car crashes involving teens and their passengers were the result of speeding. Teenagers who drive under the influence, without a seatbelt, speed, or are distracted while driving are at an even greater risk to cause an accident.

When one speeds while driving, the chances of getting involved in a crash increase drastically. Risky behavior, inexperience, or a lack of driving skills could also be the case. It is important for new drivers to understand and pay attention to the road to better manage their speed. This includes watching traffic patterns and being mindful of road conditions in order to adjust accordingly.

New drivers also must learn how to keep a safe distance from other vehicles. Research suggests that in comparison to older drivers, teens speed much more often and fail to keep a safe distance away from the vehicle in front of them. The more occupants in a vehicle operated by a teen also correlates with more fatal speeding related crashes.

Distracted driving can be just as harmful as speeding. When the brain is focused on anything but the main task at hand, like driving, it is much slower to react to any potential signs of danger. Distracted driving is not just limited to use of a cell phone, but rather encompasses eating, changing the radio or talking with friends. Teens distracted by their cell phone have also been reported to engage in other risky behaviors like running red lights, speeding, and recklessly passing another vehicle.

Driving without a seat belt

We hear it all the time that one of the most dangerous behavior for teenage drivers is failure to wear a seatbelt. Teens have a notorious reputation as the group known for not wearing seatbelts while driving. Teen drivers as well as passengers have the lowest rate of seatbelt usage among every other age group. Neglecting to wear a seatbelt has fatal consequences.

Anyone who does not securely fasten their seatbelt while driving is 30 times more likely to be ejected from the vehicle. Further, more than three out of four people who are ejected during a car crash are killed from their injuries. It is a known fact that seat belts prevent occupants from being ejected from the car. When it is secured properly, seat belts reduce the risk of fatal injury to front-seat passengers by 45% and the risk of moderate to critical injury by 50%.

Not all fatal car crashes involve passengers or drivers; young teens may also suffer fatal injuries while riding their bicycles. The good news is that the number of younger cyclists who die in car crashes is dropping, thanks to safety measures like helmets and safety technology like rear-facing cameras. The bad news is that hundreds of thousands of children suffer injuries in car crashes each year, and those injuries could contribute to early mortality later, depending on the circumstances of the collision.

Unsafe property is a major contributor to teen deaths

According to Stanford Children’s Health, falls, drowning, and suffocation are the leading causes of child injuries and death, and all of these scenarios can lead to the death of a teenager, too. Why? Because they all share one thing in common: they can all happen at an unsafe property:

The tragic loss of a teen child is devastating. Let the Charlotte, N.C. wrongful death attorneys at Warren & Kallianos, PLLC represent your family during such a difficult time. Call our office at 704-377-7777, or complete our contact form to schedule a consultation.