Home / Blog / What Are My Rights if I Am Hurt in a Car Crash Due to a Defective Vehicle Part? 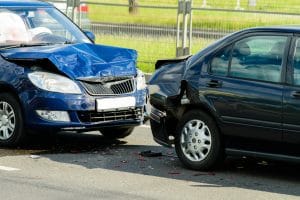 When you are injured in a car crash attributed to the negligence of someone else, you can make a claim for compensation for damages like your medical bills, property damage, lost wages, pain and suffering, and so forth. But what can you do if the cause of your collision is related to a defective auto part? Who is liable for your damages when you have faulty brakes, or defective tires, or another flawed part led to a wreck?

These are product liability claims, and if we can show that your wreck was caused by a defective part, then the manufacturer or dealer may be responsible for paying damages in your case.

What qualifies as a “defective” part?

In order to be considered defective, a product has to fail to work in the way it is supposed to work. In order to make a successful claim, you have to be able to prove one of two things:

An example of a defective vehicle part

Let’s use Takata’s defective airbags as an example. For years, Takata manufactured airbags that contained an ammonium nitrate-based propellent, which is what caused the airbag to inflate. However, because Takata did not use a chemical drying agent along with that propellant, the airbags inflated improperly. In the worst-case scenarios, metal shrapnel from the inflator mechanism would literally explode, piercing the airbag and then piercing the driver. To date, 15 Americans have died because of these defective airbags.

Here, we have an example of a defective product: an inflator that would launch metal shards into drivers and passengers. However, an investigation into Takata later revealed that the company knew this could potentially happen, yet neither recalled the defective airbags nor issued any warnings to dealers or consumers. In this case, plaintiffs around the country could also cite a failure to warn in their lawsuits against Takata.

What should I do if I think my car crash was caused by a defective part?

After seeking medical attention for your injuries, you should check your Vehicle Identification Number, or VIN, on SaferCar.gov. If your car has been recalled because of a defective part, but you have not received a recall notice, you may be able to strengthen your claim against the manufacturer. Even if your car is not listed, however, you can still make a successful claim for damages.

Next, call us. As experienced product liability lawyers, we know what kind of investigation must be done into your accident to prove that you played no role in causing it. Because NC is a contributory negligence state, it is critical to show that your crash, and your resulting injuries, were directly related to the defective part itself, or to another driver whose actions led to your crash and injuries.

If you are injured in a collision caused by a defective vehicle part, you have legal rights under our personal injury and product liability laws. At Warren & Kallianos, PLLC, we can protect those rights. To learn more about our services, or to meet with an experienced Charlotte auto product liability lawyer, please call 704-377-7777, or contact us to schedule a free consultation.