Home / Blog / What Are Underride Guards on Trucks? 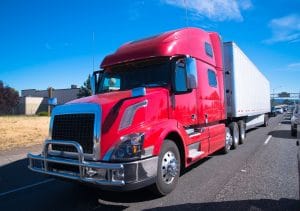 Commercial trucks are the largest vehicles on the roads of North Carolina. They transport goods and other materials to retailers, vendors, and consumers. They help move the economy forward. But they are also involved in some of the most tragic accidents you see on the news. Too many times there are people injured or killed because their smaller vehicle slides under a commercial truck in an accident.

That’s where truck underride guards come into play. Underride guards are seen on tractor trailers every now and then, but the United States government is looking to make them mandatory. These guards are installed on the sides of trucks and hang almost to the ground, blocking the area where a smaller vehicle can wind up going under the truck, causing serious injuries and death.

The bill that was introduced in January 2018 would require the underride guards on both sides of all trucks as well as in the front. Up to now, the underride guards have been an optional safety enhancement. The bill would also look to strengthen rear guards for trucks, which have been required since 1953 and have not received an update since 1998.

Why trucks should have underride guards

Trucks should have underride guards for various reasons, the most important being that they prevent passenger vehicles from going underneath the truck when a truck accident happens. Adding these guards to commercial trucks can help make a difference in reducing serious injuries like decapitation and death. The Insurance Institute for Highway Safety (IIHS) reported the following truck statistics from 2016, the most recent year available:

The bill proposed by a bipartisan group of Senators and Representatives – The Stop Underrides Act – would require underrides to be designed in a way that they prevent a vehicle traveling at a speed of 35 MPH from going underneath a truck. Trucks, trailers, semis and single-unit trucks that weigh 10,000-pounds or more would be required to have underrides installed. It has been estimated that close to 75 percent of injuries suffered in a crash involving the side of a truck could be avoided with the installation of underride guards.

Underride crashes involving tractor trailers can lead to serious injuries, including death. Victims of these crashes can suffer any of the following:

A report from the Government Accountability Office noted: “Although reported underride crash fatalities represent a small percentage of total traffic fatalities, they present a greater risk of fatalities or serious injuries.”

Did you lose a loved one in an underride accident with a truck? Have you suffered serious injuries in one of these tragic accidents? You deserve to be compensated for your injuries or the loss of your loved one. Call Warren & Kallianos, PLLC in Charlotte at 704-377-7777 to schedule a consultation with a Charlotte truck accident injury, or complete the contact form on our website.